Who was Daniel Giraud Elliot?

Who was Daniel Giraud Elliot?

Daniel Giraud Elliot (1835-1915) was a zoologist and ornithologist, ommissioning the greatest bird artwork since Audubon.

Although Elliot had artistic skills himself, he recognised his own limitations. Therefore he preferred to commission other artists to bring his ideas to life.

As a young man, Elliot travelled through Europe and Asia in pursuit of new bird and animal species. He often spent several years away from home at a time, studying and collecting his specimens.

With great personal wealth, Elliot had the resources to commission large, extravagant works of art at a time when many publishers were opting for smaller formats and less-expensive color techniques. As a result, Elliot’s exquisite and dramatic pieces stand apart from the other ornithological works of the late 1800s.

The influence of Audubon

Elliot’s work is often compared to the great naturalist and artist John James Audubon. Indeed, Elliot himself alluded to the influence Audubon had on his work, writing in the preface to one of his collections:

“Since the time of Wilson and Audubon, no work has been published upon American Ornithology, containing life-size reproductions of the various species that have been discovered since the labors of those great men were finished… It was, therefore, with the desire to contribute, as might be in my power, towards the elucidation of the comparatively little know species of the Birds of North America, their habits and economy, as well as to render their forms familiar so far as life-size representations of them might serve to do, that I undertook the present publication.”

Two artists that Elliot regular worked with were the German artist Joseph Wolf (1820-1899) and the Dutch artist Joseph Smit (1836-1929). Both artists had worked for the English ornithologist John Gould.

Wolf was specialized in natural history illustration and travelled to England in 1848. He became the preferred illustrator for explorers and naturalists, but only contributed illustrations on a freelance basis.

Smit was a Dutch zoological illustrator. In 1866 he was invited to England where he became a friend of Wolf and contributed to several publications.

Two other artists that Elliot worked with were the Dutch artist Johannes Gerardus Keulemans (1842-1912) and William Morgan.

Keulemans was a Dutch bird illustrator and well known in England. Here he lived and worked for most of his life, illustrating many of the best-known ornithology books of the nineteenth century. Keulemans was Elliot’s print artist of the publication Family of the Hornbills.

William Morgan collaborated on the publication Family of the Grouse with Elliot and Wolf. Unfortunataly little is know about this illustrator. 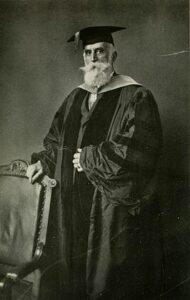 Elliot died in New York of pneumonia, aged 80. However, his work is still immensely popular today and he is credited for reviving the art of lavish color-plate books on nature.

Taken from the original illustrations in the libraries of Teylers Museum in the Netherlands Heritage Prints has a master copy of many images. But we do not have every certified facsimile giclee print in stock.

If you cannot find a specific work on our website, please contact us directly and we will start the rigorous process of printing your inividual facsimile.

Admire more prints
by Elliot
PrevPreviousWhat is ‘Nederlandsche Vogelen’ or ‘Dutch Birds’?
NextWhat is Elliot’s Family of the Ant Thrushes?Next