Birds of America is the result of Audubon’s mission to paint every bird in North America. The book consists of 435 hand-colored life-size prints made from engraved plates.

​The size, colours and distinctive style of these Audubon giclée prints create an eye-catching feature for any wall – giving you years of enjoyment as you appreciate how Audubon captured the spirit of each bird, with his unmatched passion and talent. 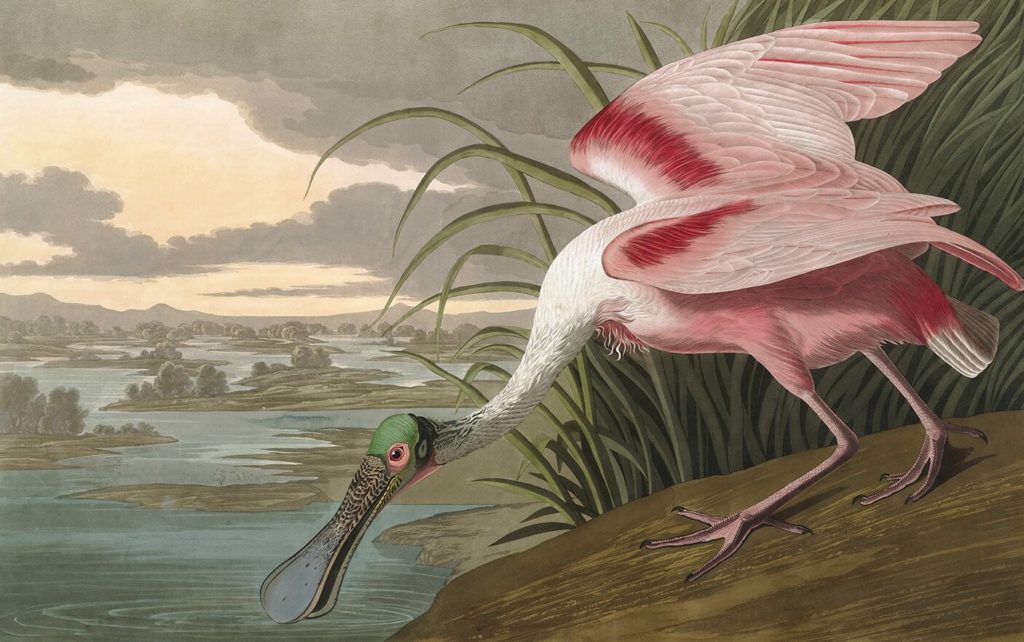 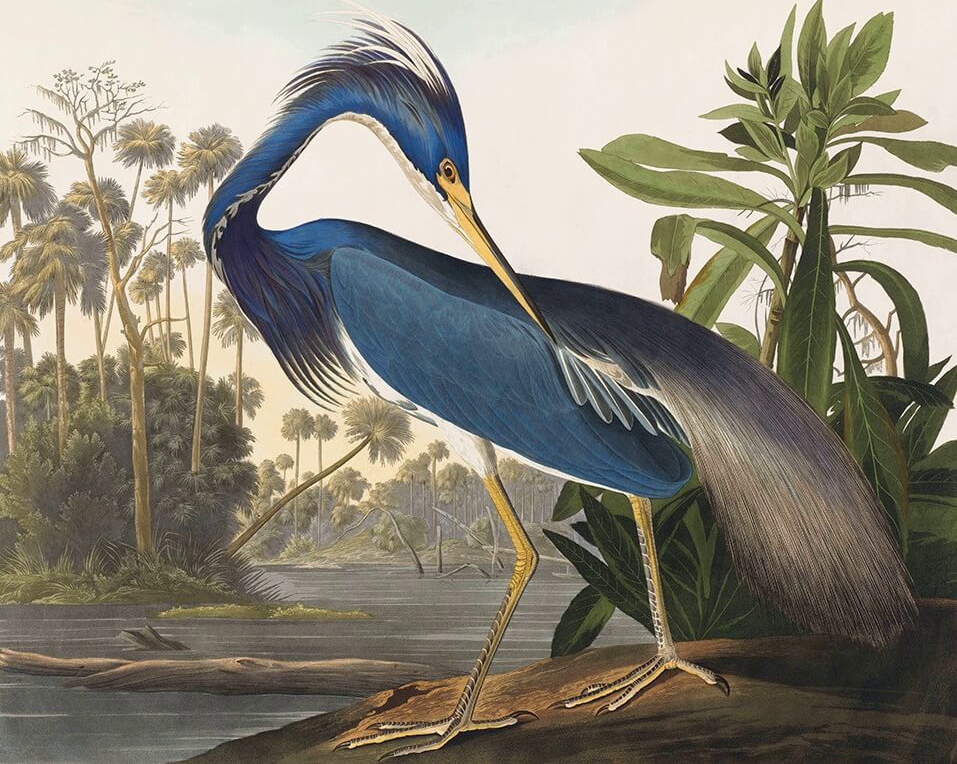 Now Heritage Prints offers you the chance to own a complete set of Audubon’s Birds of America, with high-quality giclée prints that are identical to the originals in size, color, and tone.

Publication: The Birds of America; from original drawings made during a residence of twenty five years in the United States and their territories (1823-1839)

Taken from the original editions, each is printed in the original Double Elephant Folio size, preserving the life-size quality of each bird – exactly as Audubon intended.

Source of the original: This giclée print is made from a well-preserved original edition of one of the rarest and most expensive books of the world, The Birds of America, owned by the Teylers Museum, the oldest museum of the Netherlands.

About the original: on 26th August 1833 Victor Gifford Audubon sold a complete set of the Birds of America to the Teylers Museum.

Durability: to ensure the durability, the giclée’s are printed on acid-free white etching paper (270 g/m2) with archival ink.

Quality: these prints were  photographed using the latest technology, with a color-checker color matched to the original illustration and then reproduced at the original plate size. Printed in the highest possible resolution, these prints are indistinguishable from the originals when glazed and framed.

Limited Edition: The edition will be limited to 50 sets, numbered 1/50H to 50/50H, signed and stamped with a blind embossing.

The painter and naturalist John James Audubon is widely considered to be one of the greatest bird artists of all time. Audubon changed the way we see the natural world.

Born on his father’s sugar plantation in Haiti in 1785, he was raised in France by his father and French step-mother, following the death of his own mother.

Even as a boy, Audubon was obsessed by birds. He said: “I felt an intimacy with them… bordering on frenzy.” His fascination covered every aspect of the birds’ appearance and habits – from their movements and plumage to their migration and nesting habits.

Although he was expected to join the navy, Audubon suffered from seasickness and with no aptitude for navigation; he failed the officers’ qualification exam.

In 1803, Audubon’s father sent his son to the US to avoid conscription in the Napoleonic Wars; a decision that would change the course of Audubon’s life forever.

In America, Audubon began his mission to study, draw and catalogue North America’s native birds – a project which would later become his greatest work, the book Birds of America.

Using his own unconventional methods, Audubon worked tirelessly to draw birds in their natural poses. Having killed the bird, he used wires to hold the birds in a lifelike pose, often depicting them feeding or hunting. This was a very different approach to other artists at that time who opted to draw stuffed birds in rigid poses.

Audubon’s unorthodox methods and ambition made him unpopular in the American art world and he discovered no engraver or publisher would work with him.

Undeterred, Audubon looked further afield, travelling to England in 1826. Here he was received warmly by the British who loved Audubon’s depictions of North American birds and the landscapes in which they lived.

Audubon toured around England and Scotland, selling subscriptions for his artwork, raising the funds needed to publish his masterpiece Birds of America.

Audubon returned to America in 1829 and continued his expeditions to find and draw yet more birds. In his lifetime, Audubon identified 25 new bird species and is also thought to be the first person in America to band birds – tying yarn to their legs to prove that they returned to the same nesting spots each year.

In 1841, Audubon bought a 20-acre estate in northern Manhattan. By 1848, his health was beginning to fail and Audubon died at his family home in January 1851.

Birds of America is the result of Audubon’s mission to paint every bird in North America. The book, which was first published in sections between 1827 and 1838, consists of 435 hand-colored life-size prints made from engraved plates.

When creating his masterpiece, Audubon was determined to represent each bird with a true life-size drawing. As a result, each plate measured around 39.5 inches tall by 28.5 inches wide. With larger birds, such as the flamingo or the heron, this often meant contorting the specimen into particular positions with necks bent down, as though hunting or feeding. The collection also includes six birds which are now extinct.

The original edition of Birds of America was printed on handmade paper using copperplate etching, engraving and aquatint techniques with color applied by a large team of colorists. The original edition is sometimes called the Havell Edition after its printer or the ‘Double Elephant Folio’ in reference to its size.

In March 2000, a copy of Birds of America sold at auction at Christie’s for $8.8 million, setting a new record for the sale of any book at auction. Since then, a complete copy of the first edition sold at Sotheby’s for over $11 million.

From the tiny goldfinch to the imposing vulture; Audubon’s collection captures the unique character of each bird, making his work just as popular today as it was when first published. 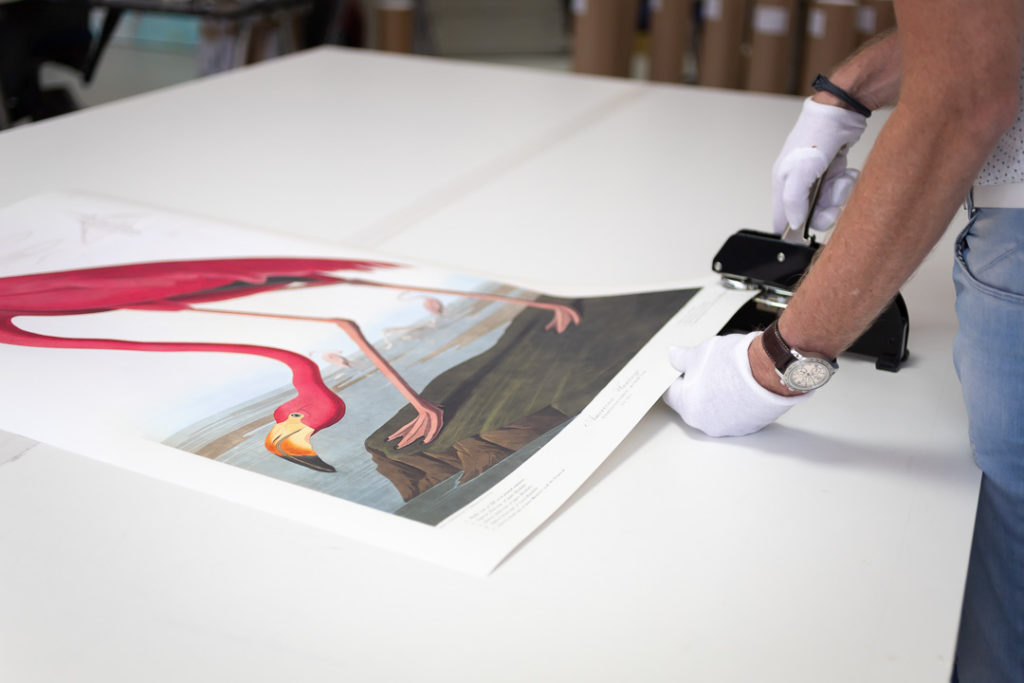 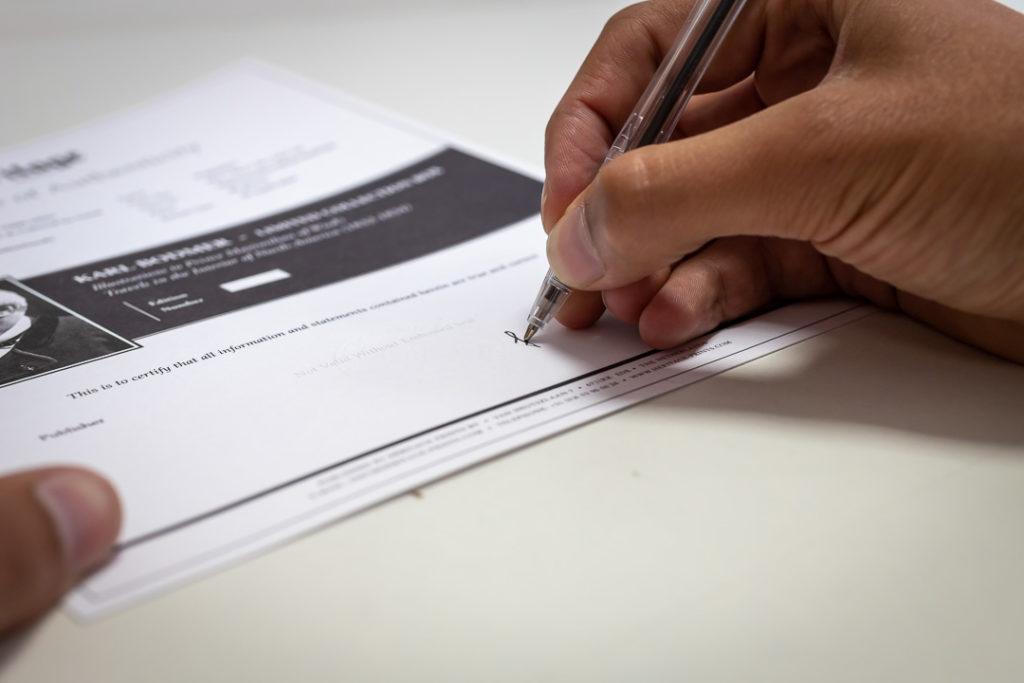 Audubon - Birds of America - View the prints below

Heritage Prints has a master copy of all Audubon’s images. But we do not have every certified facsimile giclee print in stock.