Piranesi loved to experiment and over the course of his work, he developed a range of innovative etching techniques, providing exquisite detail in his work. And although his prints are black and white, his clever use of light and texture brings great depth to his pictures.

This can be seen clearly in his series Le Vedute di Roma, a collection of views of Roman landmarks and vistas intended as souvenirs for tourists. The collection is noted for its dramatic compositions and strong contrasts of light and shade.

Piranesi’s work shaped the European vision of present-day Rome and many of the Grand Tourists who visited Rome after seeing his prints were said to have been disappointed that the reality of the city didn’t live up to Piranesi’s artwork. 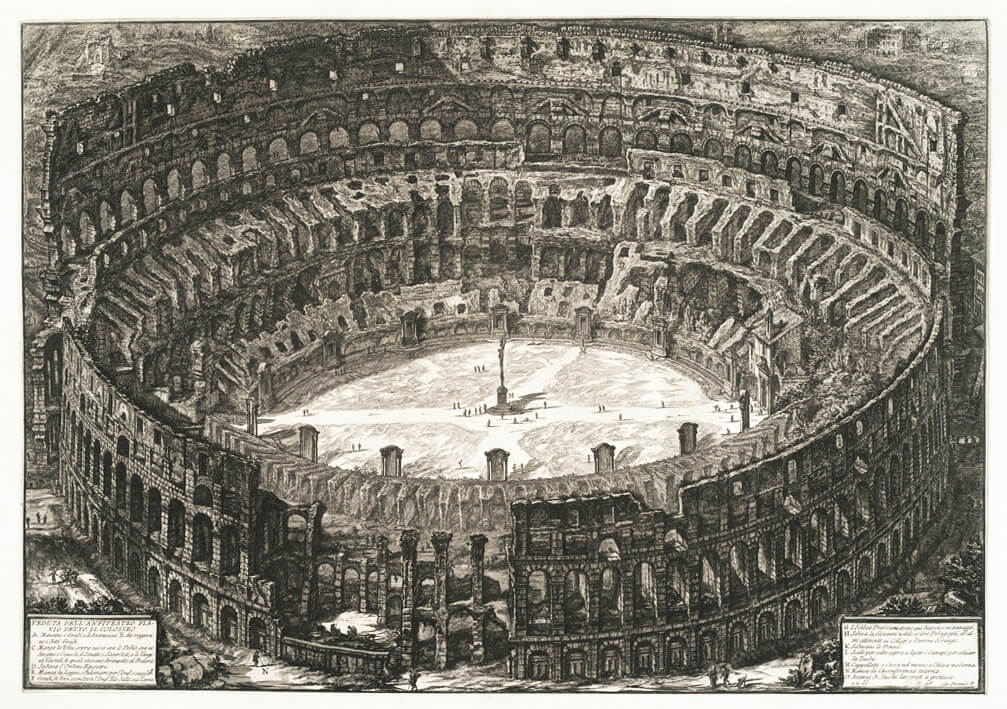 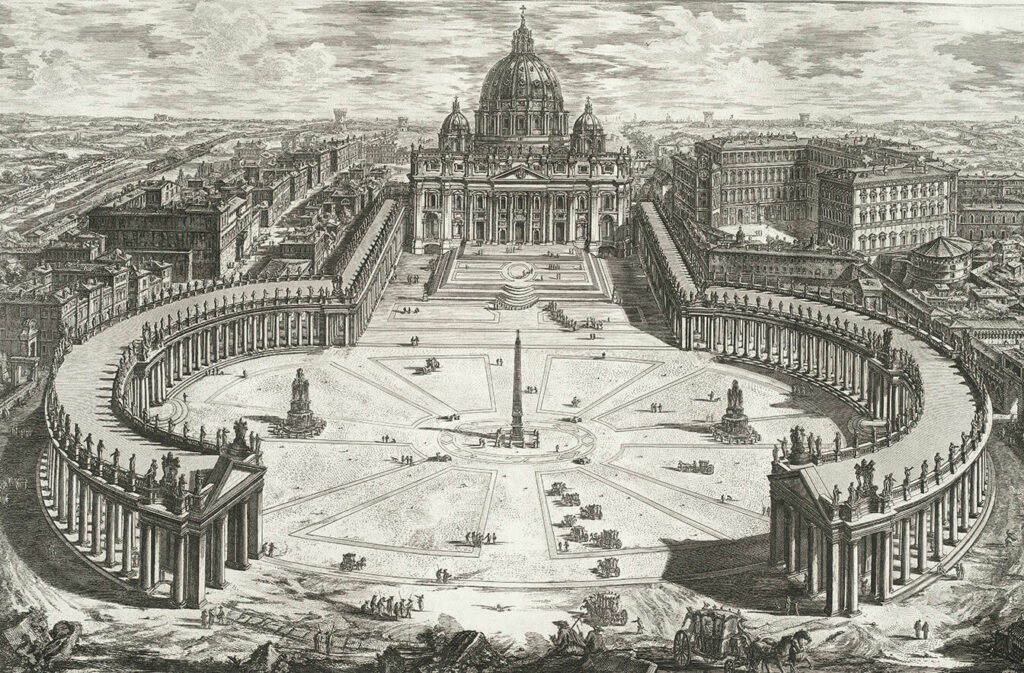 In this collection, you will discover Piranesi’s interpretations of Rome’s best-loved views and landmarks including the Pantheon, the Colosseum, and the Pyramid of Cestius (see very bottom of this page for a complete overview).

A complete set includes:
1 title page
2 content page with all titles of the prints
137 prints after the engraved originals
Certificate of authenticity
2 Solander boxes

From his detailed etchings of Rome to the dark imaginings of his fictitious prisons; Piranesi is one of Italy’s most extraordinary artists.

Born in Mogliano Veneto near Treviso (then part of the Republic of Venice), Piranesi was the son of a Venetian stonemason. But it was his uncle, Matteo Lucchesi – a leading architect, who taught Piranesi to draw, and to design architectural structures.

In 1740, the young Piranesi travelled to Rome where he lived and worked for almost all his life. His early career began working as a draughtsman for the Venetian ambassador Marco Foscarini.

While living in the Palazzo Venezia (the papal palace), Piranesi was tutored by the Italian engraver Giuseppe Vasi who introduced him to the art of etching and engraving of Rome and its monuments.

Inspired by his studies, Piranesi began creating the vedute (views) of Rome, for which he would become famous.

Piranesi briefly returned to Venice in 1744, planning to launch a career as an architect. When this plan failed, he returned to Rome in 1747, opening a workshop in Via del Corso where he established himself as an engraver and print publisher.

It was at this time that Rome had become one of the main destinations for visitors on the Grand Tour of Europe. The tourists wanted souvenirs and Piranesi was happy to oblige, offering prints of Renaissance Rome and its ruins.

Atmospheric depictions of the Eternal City

Piranesi’s popularity grew quickly. And while he found fame from his detailed and atmospheric depictions of the Eternal City; he is equally well-known for his haunting imaginings of prison interiors, invented from his own mind.

Piranesi died in Rome in 1778 after a long illness. He was buried in the Santa Maria del Priorato, the church he had helped restore, in a tomb designed by the Italian sculptor Giuseppe Angelini.

Piranesi devoted a large part of his life to his etchings of Rome. This proved seminal through its influence not only on other artists, but also on the entire European and colonial society.

Piranesi’s unmatched technical skill allowed him to produce larger etchings than was normal at the time and to render his subjects with unsurpassed accuracy.

His views of antiquities also caught the mood of his own age, reflecting the neo-classical interest in the culture of classical Greece and Rome, and at the same time romanticising the antique in a way that appealed to the spirit of the day (Rousseau’s “bon sauvage” appeared in 1755).

In this sense Piranesi (1720-1778) and his Vedute di Roma played a central role in the transition from neoclassicism to romanticism. They influenced Goethe, Byron and Keats, a long line of British architects from Robert Adams to John Ruskin, and many others.

All these people visited Rome after seeing Piranesi’s prints. Around 1774, as Piranesi completed the series, he produced a large reference map to accompany the collection (Pianta di Roma e del Campo Marzo). It shows the location of the antiquities in relation to modern Rome and the Campus Martius and its surroundings to the north of the city, with a smaller inset map of the ancient city. 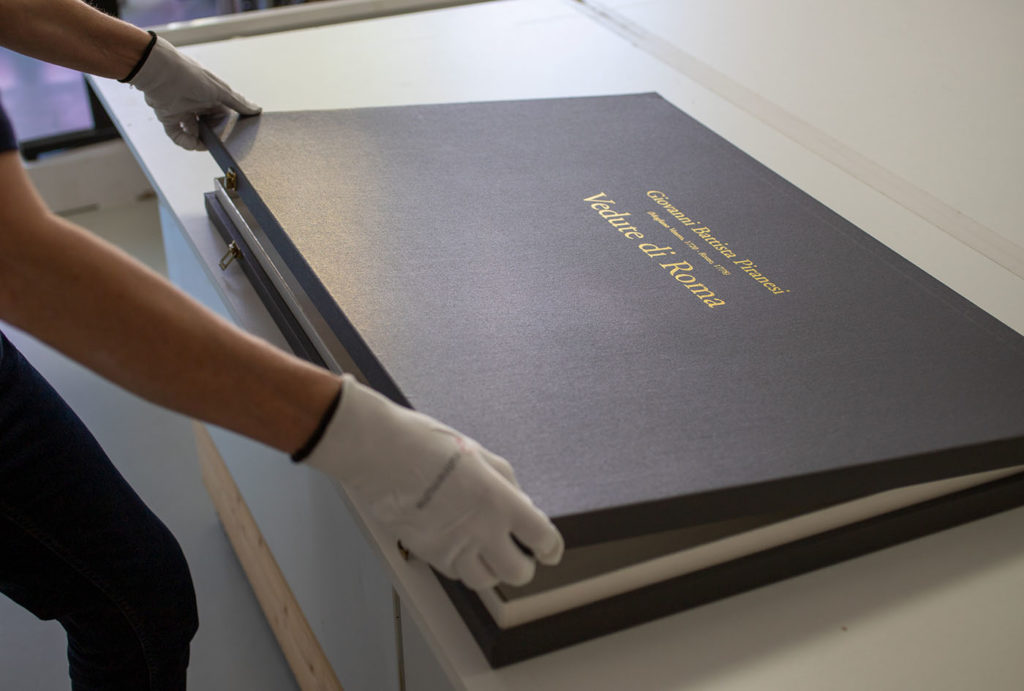 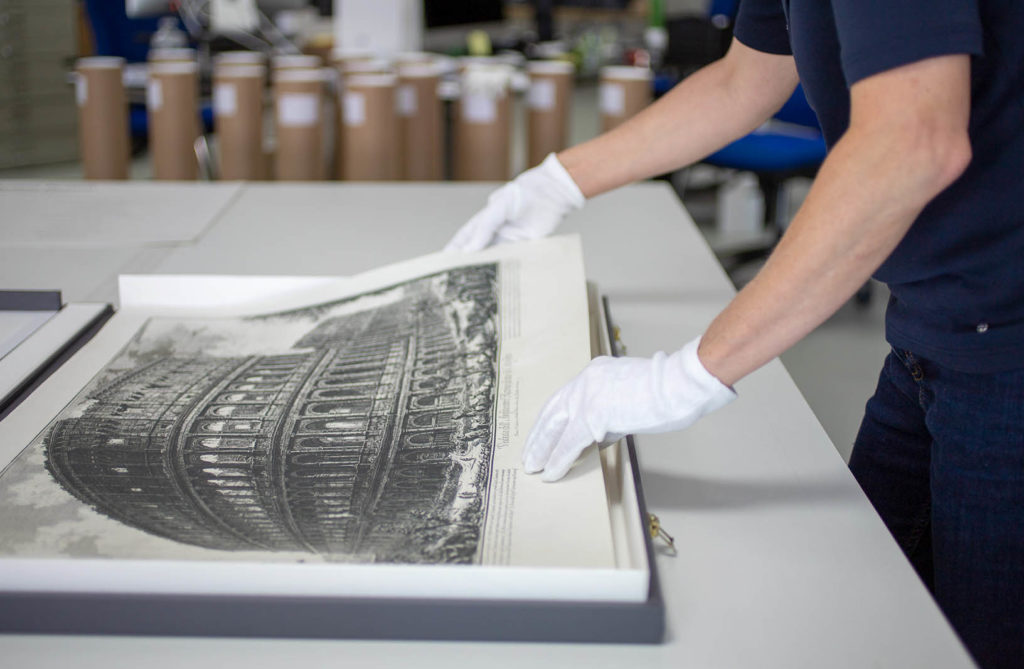 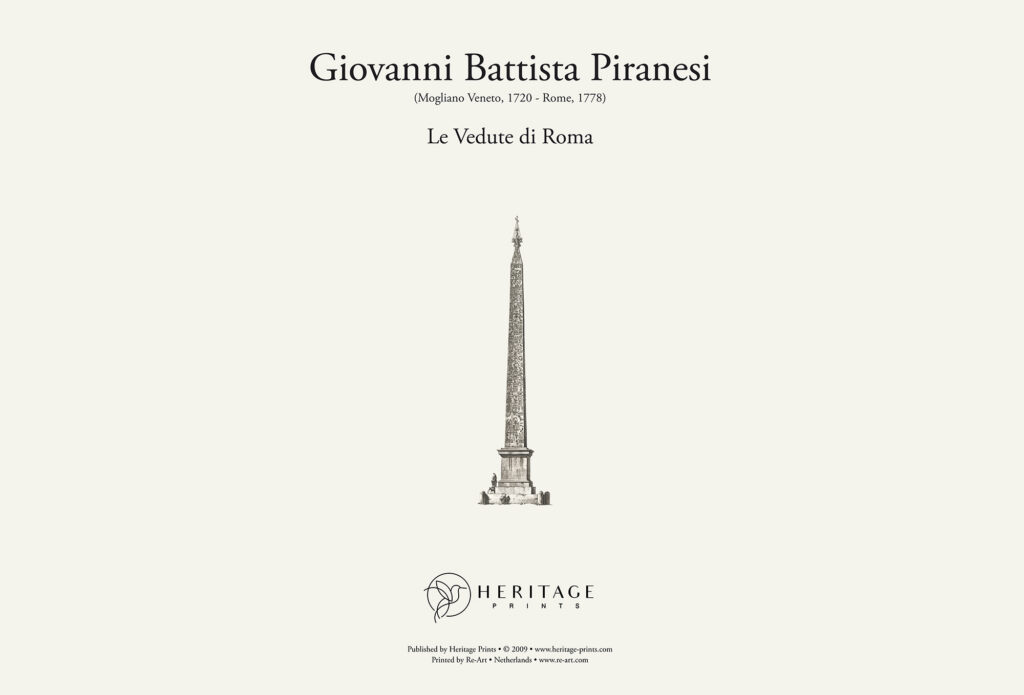 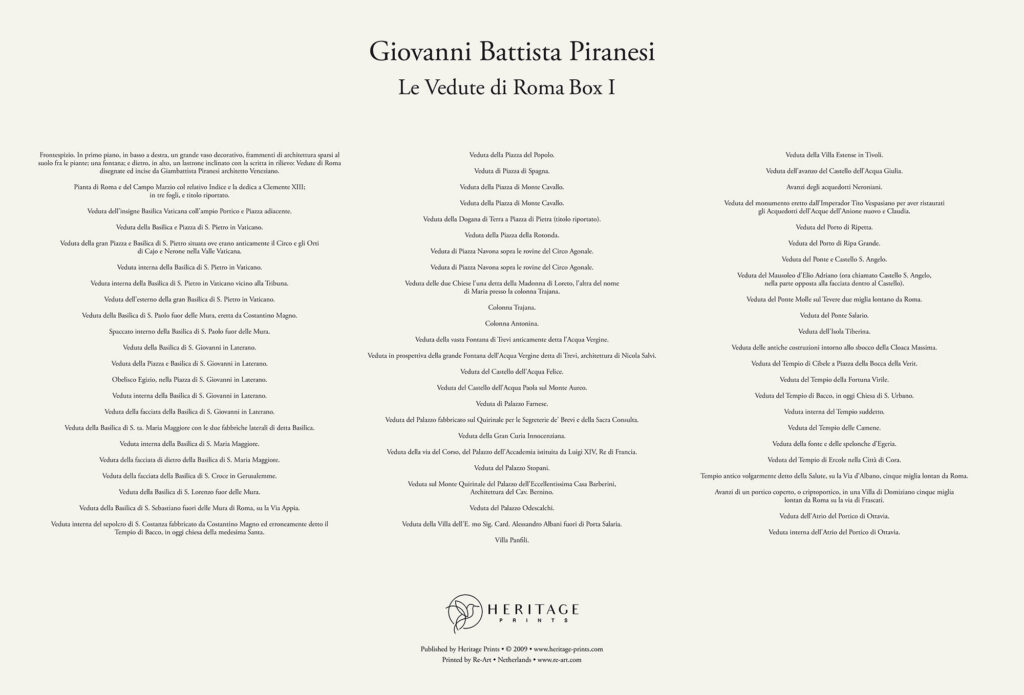 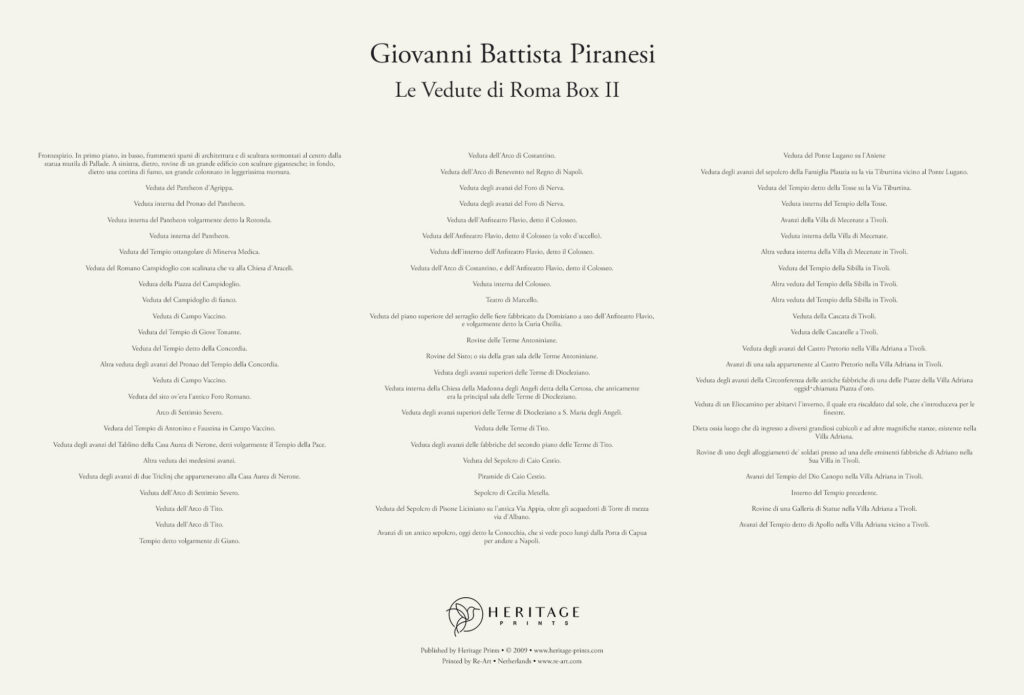